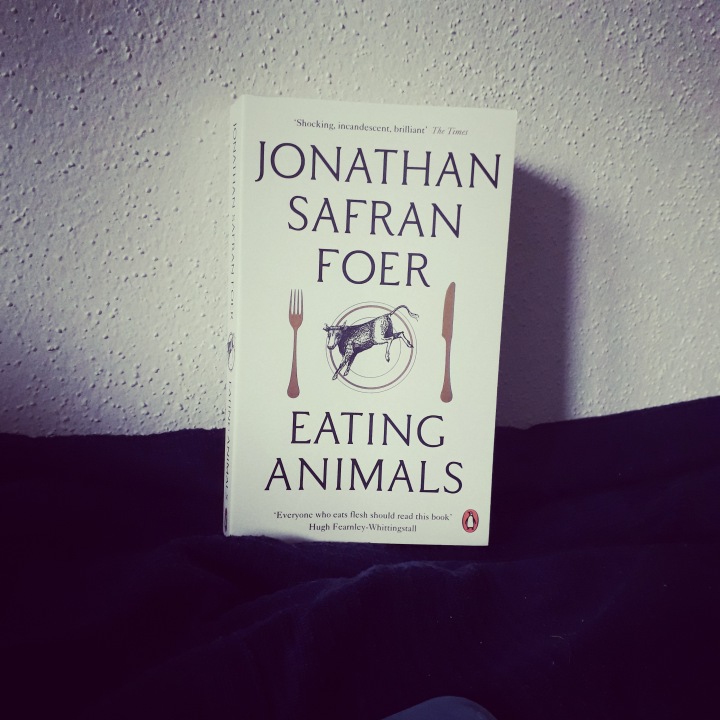 This will be quite a different reading report compared to the ones before; first, Foer’s book is a factual report of how animals, or rather ‘livestock’ is treated in the US and most certainly in a lot of other parts in this world; furthermore, this is not just about reading a book, this is about acting on it: stop eating meat. However, this does not imply everyone who reads this book has to do so, too. This is not the Allen Carr of carnivores, this is a well researched and written report about what eating meat and animal products does to us and our planet, and, most importantly, to all the more or less living creatures we eat.

European readers (like me) may calm their souls by telling themselves that Foer is mainly describing the situation in the US and there are significant differences between the US and the EU. This is indeed so, especially regarding the use of growth hormones and genetically engineered food/crops; this, however, does not mean that the EU is a safe haven for Wilbur (or Charlotte, for that matter). So the fact that Foer focuses on meat production and consumption in his home country should not encourage non-US readers to think what he describes does not apply to European (or international) meat production, for example regarding poultry and battery farms. It’s not like lovely purple Milka cows are caressed to death until they end as tasty steaks on our plate in every other part of the world except the US.

I have never eaten that much meat, mainly because I hate cooking and meat requires a certain amount of proficiency to taste good; I didn’t want to waste money on ruining perfectly fine food, so I’ve mainly stuck to vegetables, rice, pasta, and the like to fuel my body with the energy it needs. Therefore, the decision to quit eating meat after reading Eating Animals was not as much of a challenge as when I decided to quit smoking. Reading that a huge part of what’s wrong with the system Foer describes is the (American) system itself — the bigger the better, the Walmartization of their world — makes me sad and angry at the same time … this complete and utter disregard for nature, the world we live in, and the creatures this planet could support if they were worthy of support and protection.
But I digress; even though discussing economical aspects of animal rights will lead to political issues most of the times, I’m focusing on the US in this context because a) Foer focuses on it, and hey, this post is about his book, at least somehow, and b) I know the US much better than China or Russia (thanks to work, life, and family) and it’s easier to argue about stuff you know than stuff you’ve never even heard of. And while it is definitely not fair to focus my criticism on only one side/country/system, again, this post (and all my ranting) refers to the things I read in Foer’s book, in which Chinese planned economy only plays a very marginal role…so to speak. So bear with me while I try to reach a sane conclusion on why reading a book results in changing my diet.

On a scientific, factual level, no one really matters. People invented religions to overcome this flaw of evolution, but still: we are a random mix of genes and cells (people with a medical background would use better terms to describe this …) and that’s it. But on an idealist, personal level, every one of us matters in various ways — for example if you choose to stop eating meat, become vegan, only eat meat from small producers (you may even know personally), start living plastic-free, give up your Nespresso for something less evil and more sustainable, or stop shopping at Primark, H&M, and the like — there are many different ways we can matter if we want to. And if we don’t want to take certain responsibilities and even begin to matter, we most certainly will not read a book like Foer’s Eating Animals.

Dammit, I just hope this post isn’t too damn self-righteous and moralizing. I’ve been reading about sustainability, fair fashion, green living, and vegetarianism for quite a while now and all my interest and accumulated knowledge up to this date obviously climaxed in this post right here. I mean well and I hope this is evident … because the road to hell is paved with good intentions and to hell we’ll go no matter what, so it might as well be sustainable and peaceful, without being bothered by something online. 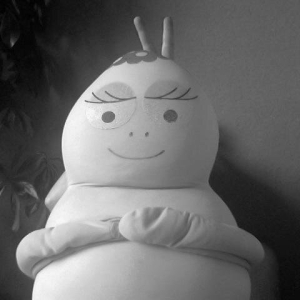