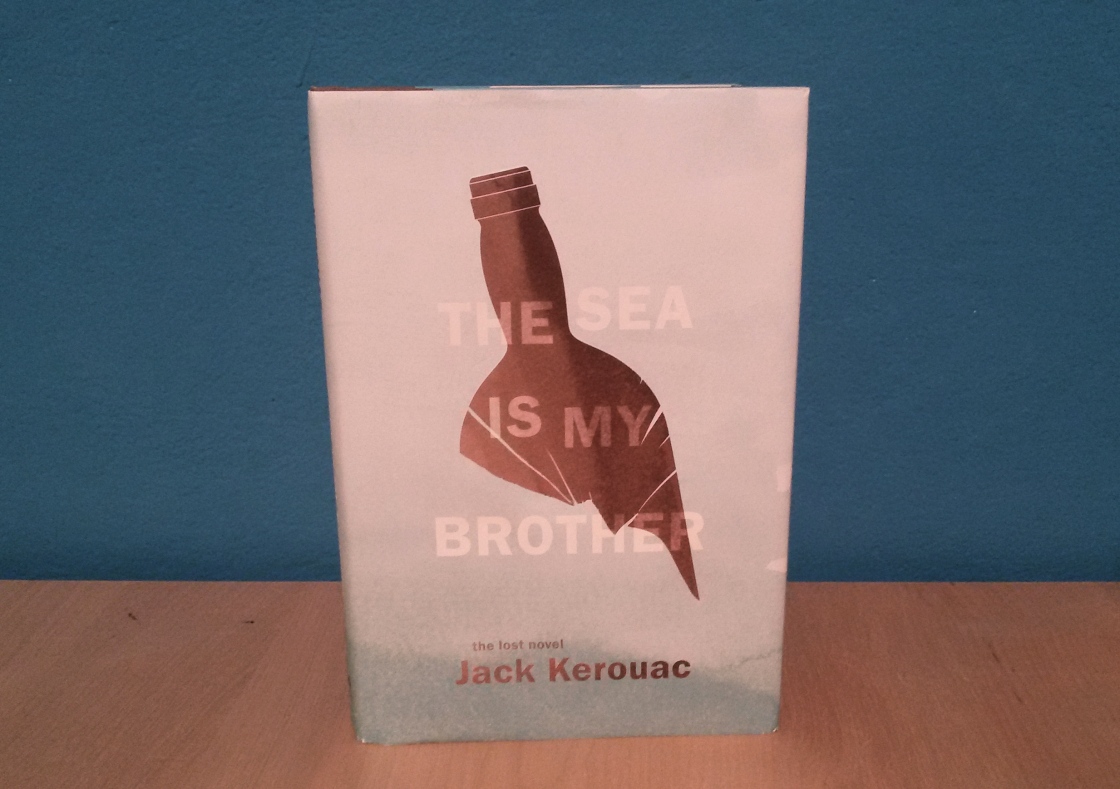 Reading: Jack Kerouac “The Sea is my Brother”

As working on my talk (yes, still working on it…) and some other serious stuff kept me from writing earlier, I will post a sort of follow-up to the previous post, as it again will be all about Jack Kerouac and his writing. Last time I read some of Jack’s stuff was years ago and it was one of his more spiritual (or rather, religious) writing, Wake-Up, A Life of the Buddha. Since I’ve never been much of a religious person, I never actually finished this book; even though I know some argue that Buddhism and the legend of Buddha may not resemble the traditional sort of religion, I indeed have my problems with believing in a single (or – for the sake of religious open-mindedness – multiple) spiritual entity which ‘magically’ influences my life in any way. To be more precise and honest, I’ve always had my problems with the concept of ‘belief’ and ‘believing’, not matter if religious, spiritual, or general. So the fact that I never finished Jack’s spiritual literary musings is not much surprising, nor is it the result of bad writing or anything alike.

When I started reading Kerouac again – again a “long-lost” novel (or similar claims) by this icon of the Beat literature – I wanted to get some information about the The Sea is my Brother as well as The Haunted Life beforehand. After all, poor ol’ Jack seems to belong to the Tupac Shakur/Kurt Cobain-phenomenon, which proves that no matter when and how you died, you are never too dead to release new music or publish a new book. Love the cash-cow, because cash is king (…or so. Says Jack Welch.) So I found a review in the Los Angeles Review of Books (read here) which was very informative and entertaining. It also reinforced my first impression of the book – as the reviewer stated Jack never wanted this book to be published, I definitely understood why. It is not that The Sea is my Brother is bad – I would never say that about any book, even not about those I truly, TRULY dislike (hate?) because more than anything, literature – like all forms of the arts – is a matter of taste, though of course there are technical and stylistic features that may indicate if an author is rather accomplished or dilettante. So, it is not a bad read.

Kerouac is drawing inspirations from his life and has therefore always been known as a highly autobiographical writer; as he liked to play with his real-life influences by connecting characters and events in different ways, this may lead his audience to recognize a sort of recycling which can be irritating and funny at the same time. Those who read The Town and the City will rediscover not only some names, but also characters in The Haunted Life and The Sea is my Brother, though the last one may also be the one furthest from the two aforementioned. In The Sea is my Brother, Wesley Martin, the oldest of the Martin family works as a sailor without much ties to family and friends apart from fellow seamen. He is portrayed as an easygoing, lighthearted guy, preferring emotional detachment regarding his relationships with women, while forming strong bonds to male companions, especially fellow seamen. He is, of course, just one of many protagonists pictured after Jack himself. The strong emphasis on male bonding is very dominant in this novel (fragmentary novel?), as it is in most of Jack’s writing, though not always as blatant. Apart from foreshadowing Kerouac’s main literary tropes, Wesley also seems to have a talent for running into highly intelligent, politically committed, academic babblers, in this case Bill Everhart, who later joins him on a vessel. Aside from Bill babbling a lot and Wesley constantly being on the run from himself (therefore seeming to be detached from everyone in the story apart from the sea) the recurring incoherencies in the writing itself make it at times a hard read. I do indeed understand Jack’s wish to not have this novel published; as he was very meticulous about his writing, his characters, and storytelling throughout his life, this novel does not live up to everyone’s expectations.

But, as the Merve Emre in her review LARB so poignantly states, Jack Kerouac is a brand, a household name, which promises high profits, no matter how low the actual effort is. She is, of course, right. After all, I too bought the book (and I’m pretty sure I’m not the only ‘Beat literature enthusiast’ out there…).